Get fresh music recommendations delivered to your inbox every Friday.

Kuxaan​-​sum - Wiard Bugs in the Garden

from Strange Modes - A Wiard Compilation by Laser Palace 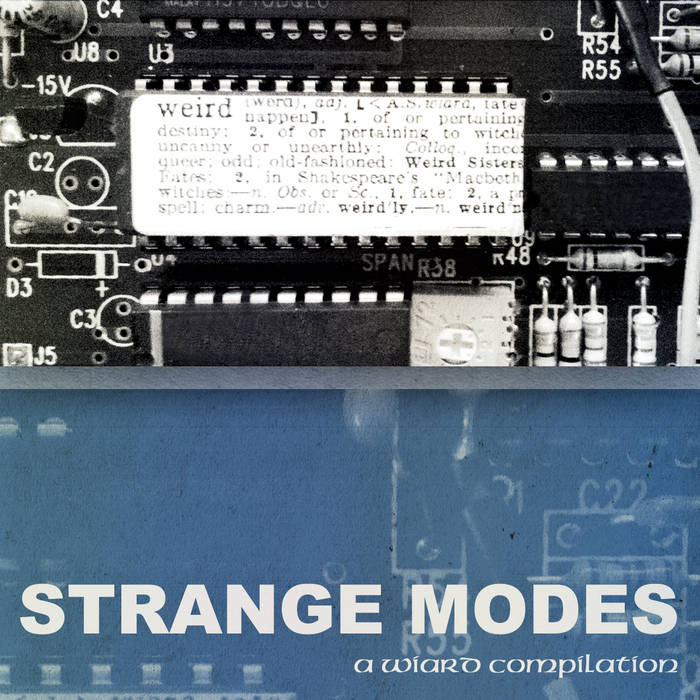 I had a few variations with this patch. Mostly changed Borg and Anti settings along with Envelator speeds/settings.

1st the NoiseRing is sort of the clock master but it's Chance input is getting hit by the 2nd envelator's negative output causing the speed variances.
I was using the Borgs in various ways as LPG's as well as utlizing infrasonic and high pass settings.
I have the Noisering sending an attenuated channel 1 to the Y input on the JAG. Jag's X input is being fed an envelator that also has its negative envelope CVing the Xmix which is receiving audio from the Mayhem output of the Anti-Oscillator via the Borg 2's 1st input as well as the RingMod out from the WoggleBug.


The Anti's Tri output is feeding the Borg 1 that goes to main output channel as well as the 2nd input on the Borg 2.
The switch is being hit with stepped out from the Wogglebug as well as an output from the JAG. This feeds the 1v/oct on the Anti.
The Woggle receives clock from the Noisering and is being fed Borg 's 2nd output into the RingMod ext in.
The Xmix's negative output also feeds back into the Borg 1's 2nd input to complete the audio chain as a continuous patchloop.

Smooth Woggle VCO is hitting Anti's Exponential input while the Linear gets occasional bursts from the Noisering's 2nd output. The Envelators, JAG and Woggle CVs hit various CV/Key inputs on the Borgs and I use 2nd Switch channel to toggle between envelopes and voltages.

Bandcamp Daily  your guide to the world of Bandcamp

Lance Skiiiwalker joins the show to discuss his most recent releases